After exiting the main road, a small road leads uphill and after 200m, I reached the Orang Asli Museum. Other than my car, I saw only one other car and the place was dead silent on a Saturday noon, although there were a few other buildings in the area.

There was no one at the front desk as I entered. In fact, there was not a single other person throughout the 45 minutes I spent at the museum. The exhibition were housed on two floors and a guide book was available. However, there was no clear indication of the list of galleries or starting point for the visitors,  so I started from the right side of the entrance.

First up was the personal adornments. A few designs of rattan bangles were on display. It is worn by bridal couples during weddings. As the name suggests, it made of rattan and fern and is woven according to the size an individual's wrist. Also worn during wedding ceremonies are headpieces made of leaves and tree bark, and bead necklace that is made of tree seeds collected in the jungle. There were also handcrafted bags and other items such as coconut shell and bamboo based games.

Moving on, I came to the section where a few models of Orang Asli houses were displayed. One of them was Rumah Panjang, or Long House. It was described that the Long House could be up to 50 meters long and is made of wood and bamboo, with bertam leaves (looks similar to coconut leaves) as the roof. It could fit up to 150 families. It also has special rooms for Tok Batin (the leader) and for communal functions.

Next exhibitions were figurines and mask carvings produced by the Mah Meri and Jah Hut sub-tribes. They represent the sub-tribes' belief in animism. The carvings are seen as the vision of their ancestors. There were also displays of musical instruments as each of the sub-tribes have their own traditional instruments. These instruments are made of tree and animal sources. Other sections that completed exhibition at ground floor were wedding customs, hunting and farming equipment. 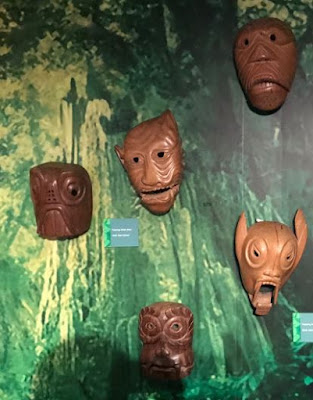 I then went up to the first floor, where mostly there were write-ups of Orang Asli community's contribution to the society. During the Malayan Emergency, the Senoi Praaq Force was set up to guard national security and also to protect the Orang Asli community against the Communist infiltration. They also successfully killed and captured Communists members based in Pahang, Perak and Kelantan. And lastly, there were other write-ups were about the development of Orang Asli in the fields of health, education and entrepreneurship. 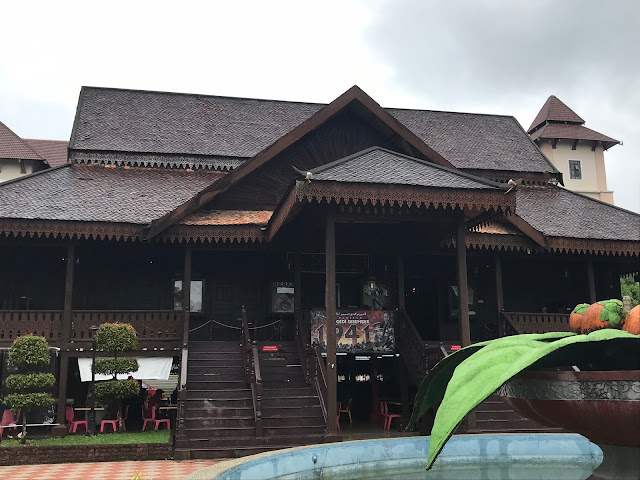